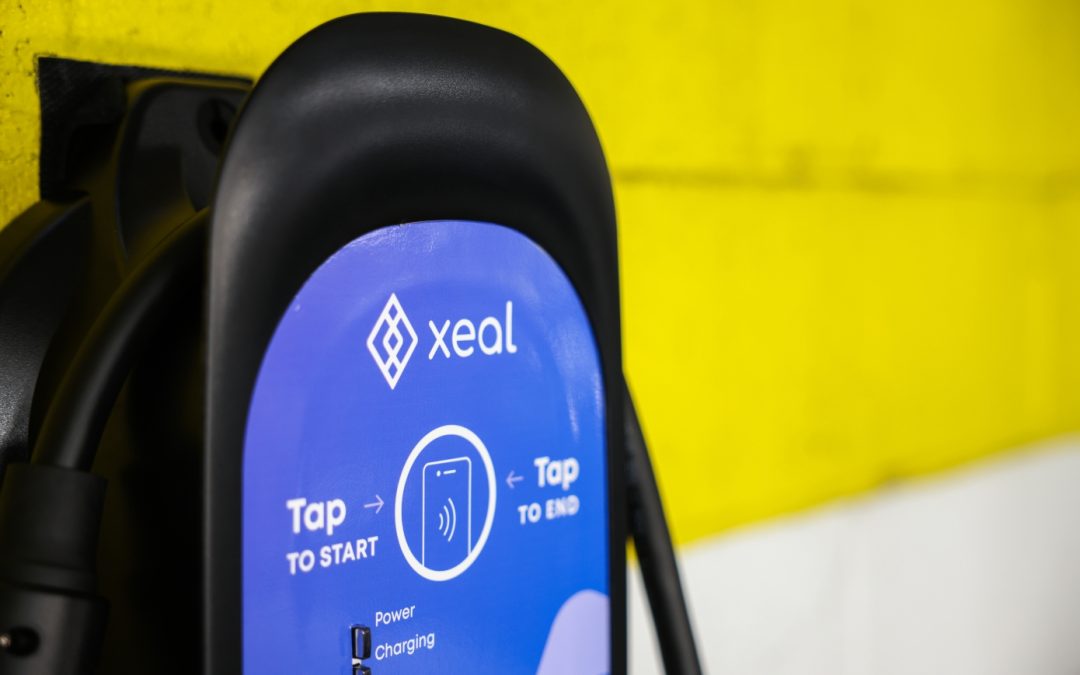 Electric vehicle charging companies depend on reliable internet access to sell electricity to customers, track usage data, authenticate users and receive over-the-air updates. If a Wi-Fi connection is unreliable, drivers could find themselves in a sticky situation.

“If the phone loses service, the charger loses service, the environment loses service or the server is down, the charging session never occurs and you’re stranded,” EV charging startup Xeal co-founder Alexander Isaacson said in a recent interview. “That’s the status quo: if you want smart functions it comes at the dependence on someone else’s connectivity.”

Two-year-old Xeal, founded by Isaacson and Nikhil Bharadwaj, aims to solve this tricky problem by bypassing Wi-Fi connectivity entirely, at least at the point of sale. It does so through a patent-pending protocol called Apollo, which uses time-bound cryptographic tokens and distributed ledgers — a mouthful of buzzwords but the centerpiece of Xeal’s technology.

The tech has gotten the attention of investors, to the tune of an $11 million Series A and a previously unannounced $3 million seed round. The Series A saw participation from an interesting mix of investors from climate tech and proptech, including ArcTern Ventures and Moderne Ventures, with additional funding from LPC Ventures, the venture arm of Lincoln Property Company, Harrison Street, Hunt Companies and Align Real Estate. The seed round was co-led by Ramez Naam and Pasadena Angels.

In practice, the Apollo protocol looks like a closed loop system between the driver’s phone and the EV charger, which has no IT infrastructure, modems, ethernet cables or SIM cards. To establish that closed loop, drivers must download the app (on Wi-Fi, of course), enter personal information, payment details and vehicle information. At that point, the driver’s phone receives a cryptographic token to access all of Xeal’s public charging stations. This is the point at which the system authenticates the user.